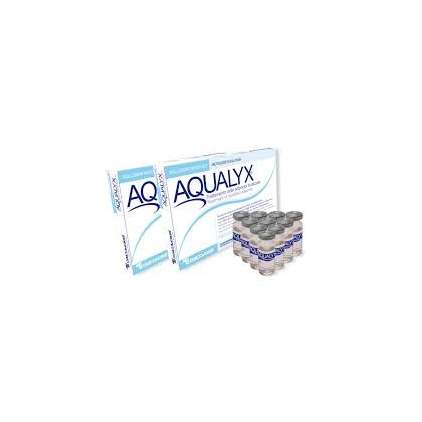 Aqualyx is a water-based solution that is injected into the fat tissue, surrounds the cells and destroys them. The remains of the fat cells are then safely excreted by the body as waste
Showing 1-1 of 1 item(s)

- Aqualyx is an injectable compound from the deoxycholate family. The product may also be called Motolese's Solution, after the professor who introduced the drug.

- The acids in Aqualyx cause the destruction of fat in the body. Plastic surgeons use Aqualyx for body contouring. They can inject it into different areas of the body, such as the :

- Doctors can also use this substance to treat a condition called pseudogynecomastia in men. This condition causes extra fatty tissue to grow in the chest area, giving the appearance of breasts.

- When injected into the body, Aqualyx can reduce the appearance of fat to give a smoother, more contoured appearance. While a person may see changes after a single treatment, it will usually take more than one treatment session to achieve optimal results.

Who is an ideal candidate for Aqualyx?

Aqualyx is for people with good skin elasticity. These are usually (but not always) people between the ages of 18 and 60. Otherwise, the treatment may cause the skin to look slack after the injections.

How are Aqualyx injections performed?

- While the process may vary slightly depending on where the person receives the injections, here are some basic steps you can follow when receiving Aqualyx injections:

- Once the Aqualyx has dissolved the unwanted fat, the effect is considered permanent. However, if you gain weight after the procedure, the results may be less.